In the Spirit of Mardi Gras

In the spirit of Mardi Gras that took place earlier this week in New Orleans, I had to get in the kitchen and make gumbo! But, before we get into my experience, let's take a look back and learn a little more about Mardi Gras, and why gumbo is such a highly eaten dish during this time of year. 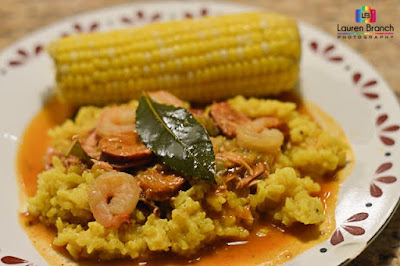 The New Orleans celebration started originally in the mid-1700s, and by the year of 1730 was celebrated openly in the entire state. The actual holiday is always on Tuesday, and begins the day of or after 3 Kings Day and ends on the day before Ash Wednesday. The meaning of the name Mardi Gras is Fat Tuesday but is also known as Shrove Tuesday as it is associated with Shrovetide. Shrovetide is the celebration of fasting and other religious obligations during lent. So despite the image that Mardi Gras has today with all of the partying, it was actually a religious French Christian celebration originally. Mardi Gras has been a legal state holiday since 1875 when the governor at the time, Governor Warmoth, signed the Mardi Gras Act. Most non-essential businesses are closed on this day of celebration, and the state is full of Mardi Gras colors. Purple for justice, gold for power, and green for faith. In today's society, people look forward to this time of year because it is full of music, parades, fun, and of course all the great food! 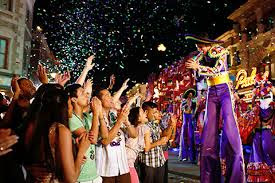 One of the most popular dishes to eat in New Orleans and especially during Mardi Gras is gumbo. The name gumbo derives from the West African word for okra which is why no matter who cooks it, you will probably see or taste okra. Another important ingredient is file' which is dried and ground sassafras leaves. The okra and the file' serve the same purpose in the gumbo and is used as a thickener. Some people use one or the other, and some may use both. File' was actually contributed from the Choctaws which are southeastern American Indians. The French contributed the Roux that is often used. Gumbo is similar to a soup, and recipes are passed on from generation to generation and from culture to culture. As you can see, it is a melting pot of many different countries and cultures.

Outside of the seasonings above, the most common meats found in gumbo are chicken, sausage, and shrimp. Outside of that, you may also find recipes with ham, bacon, oysters, crab, and beef. Gumbo is normally served over white rice, but it hasn't always been that way. In the early 1800s, it was served over cornmeal mush.

I have never made gumbo, and honestly, have not even eaten it many times due to the fact that it almost always has seafood and I am allergic. Now that I think about it, I am not sure I've EVER had it! So I went into this thang cold. Once I started looking up recipes, it seemed like every recipe I found had waaaay too many ingredients in it that I didn't want to buy. I eventually chose one that seemed simple, but I ended up not even following it correctly.  I just left the shrimp on the side for the others that were eating with me. I figured it wasn't right to deprive them of the true essence of gumbo, so why not. Another adjustment I made was I didn't use Uncle Ben's white rice like most use. I decided to use yellow rice instead. I was pretty nervous about how it was going to come out since I had no clue what it was supposed to taste like, or even how you are supposed to cook shrimp. It turned out good, and I think the only adjustment I will make the next time is a tad bit less spice. Check out the recipe I slaughtered below.

Do you have a gumbo recipe? Leave us a comment!