A few weeks ago I bored you with my excitement about taking photos for a local food tour called Indulge Boise Food Tours, and guess what I'm back to do it again. I was so intrigued from behind the camera that when I got home I registered to do a tour myself. Although I was there from beginning to end shooting the tour, actually going through the tour was a completely different experience. It's almost like when food tastes much better when you don't have to cook it yourself. Instead of focusing on lighting, and angles, and trying to catch moments, I was able to focus on the foods I was trying for the first time and I was allowed to actually take in the full experience. 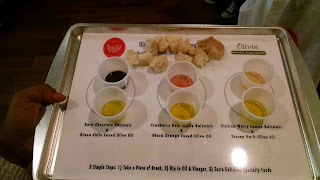 Food tours are getting more and more popular around the world, and are one of the top picked activities for travelers regardless of the area. Indulge Boise was the pioneer for the Boise area, as it is the one and only walking food tour in the Treasure Valley. Chief Indulge Officer, Angela Taylor, started Indulge Boise in 2016 with after 20+ years of experience as an executive in the sports & entertainment industry. Throughout her career, Angela had the chance to experience food and culture from all over the world, and that helped her realize how much she loved Idaho. So along with her brothers, she decided to launch Indulge Boise to help others see the beauty too.

I was pleasantly surprised by how many different stops were included in the tour I chose. I went on the Historic Downtown Boise Tour, and I loved learning all of the interesting facts, not only about the restaurants but also about the city. Angela was my tour guide for the day, and I was amazed at how much she knew about Boise and was able to teach us without even looking at any notes. It always fascinates me learning about the journey one goes through in life to get to where they are. It seemed like all the owners of the restaurants had a great story about how they got started in the industry.

What was really surprising was the fact that many of them had no culinary background, only a great idea and the guts to pursue it. The 2nd thing that I was surprised but very pleased to learn is how much these businesses care about the community. I know that Idaho is big on giving back and supporting local, but it never fails to amaze me just how much the community does to support each other. For example, one of our stops, Even Stevens which is a sandwich shop originally started in Utah who branched out to the Idaho market, has made itself right at home and supports Idaho as it's own. For every sandwich that is purchased at Even Stevens, a sandwich is donated to the local community. Since their opening over 1 million sandwiches have been donated, and that really warms my heart! Also, many of the restaurants use almost all locally grown and produced products to make the items on their menu. Like Mai Tai, which is nationally known for their Tai cuisine, and their awesome bartenders. They even decorated their 12 years in a row best of Tai restaurant facility with customized artwork created by a local Boise artist. Many of the places on our stop pride themselves with being top-notch when it comes to what they have to offer. They take pride in their business and making quality food. For example, Waffle Me Up uses special pearl sugar that is imported from Europe to sweeten their delicious Belgian-style waffles, and it works out great for them. The waffle was so tasty on it's on, I could have eaten it without any syrup at all. And another stop on the tour, Olivin, had a mission to educate the community on the health benefits of natural oils and balsamic oils.

Overall, I had an amazing time on the tour. I learned so much and tried a lot of amazing foods that I may not have tried otherwise. I ate duck for the first time at Mai Tai, and tried food from the Basque culture. Now I am so excited for the Basque Festival that is held in downtown Boise, so I can learn more about their culture, and try more amazing foods. Below are photos of some of the things I tried on the tour! If you would like to experience a tour yourself, check out Indulge Boise! 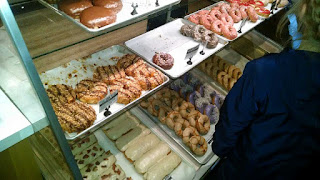 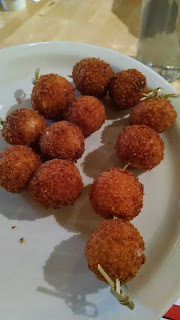 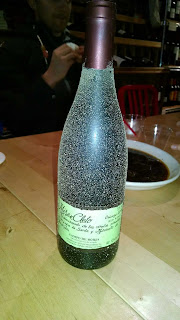 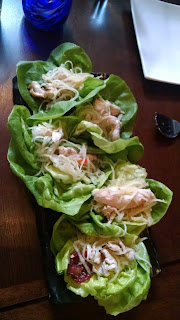 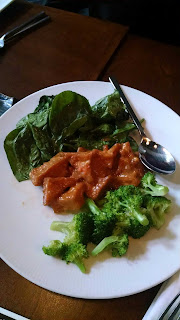 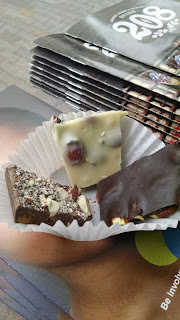 Email ThisBlogThis!Share to TwitterShare to FacebookShare to Pinterest
Labels: #Reviews