Boise's 36th Annual Greek Food Festival took place this past weekend in the Downtown Boise area every year during the weekend after Memorial Day. St. Constantine & Helen Greek Orthodox Church has been the hosting hub for the festival over the years, and funds raised have been used to help support the church's outreach initiatives along with their partners such as Life's Kitchen. 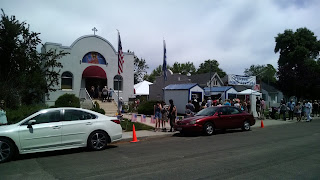 Although there have been Greeks in the Boise area for much longer than 36 years, the festival was started by about 20 members of the Greek community as a way to introduce Boise to Greek culture. One of the originals, Effie Karellas Kaufman, said that promoting ethnicity in the community was important to them. Effie has deep roots in the Peninsula in areas such as Athens, Arcadia, and Kalata Village of Greece.
The importance of preserving their culture was proven in her family. Although she is a first-generation Greek American in her family, she speaks the language fluently, knows how to cook many Greek-influenced dishes, and has been a part of continuing the legacy of the festival since the beginning. 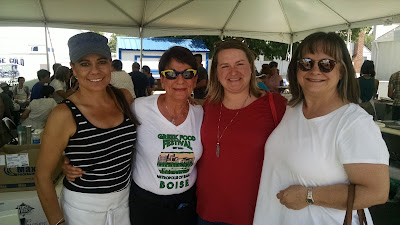 Now that you know a little more about why the festival started, let's take a look into the experience of the festival! The weather called for a hot day with temperatures in the 90's. When I stepped outside to see how it felt, it was very cloudy and therefore pretty nice, so I decided to take a ride on my motorcycle out to the festival. 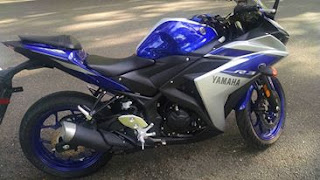 When I got there, I was surprised at how long the line was! All I could think was "WOW, this festival must be really popular". With 36 years under their belt, I guess I shouldn't have been surprised. I did go to the festival last year, but only long enough to grab food and leave, so this year I planned to stay and enjoy the festival in all it's uniqueness. The first thing I noticed was that it seemed to be a little less chaotic than it was last year. I didn't have a bad experience last year, but it just seemed as though things were running a lot smoother for those that were working. There were no money dealings inside the festival. Instead, you purchased money tokens and used that to pay for anything you bought inside which I thought was pretty cool. 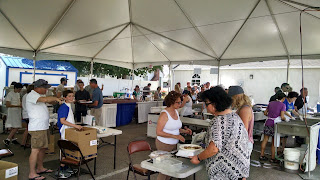 They handed out menus and maps while you were waiting in the line, so I already knew what I wanted before I got in. I immediately went to the food line and bought a gyro and dolmathes. I have had gyros before, but this was my first time trying a dolmathe. For those who have never had a gyro, you're missing out. It's similar to a taco, but it's made on a wonderful warm dusty pita. Dusty you say!? Yes dusty! I don't know a better way to say it, but if you have ever eaten a slice of pizza that leaves dough dust on your hand you know exactly what I am talking about. There is nothing like a little residue from your food. Yum! Gyros are very simple meals. A pita filled with meat, lettuce, tomatoes, and Tzatziki sauce which is a popular Greek sauce similar to our ranch dressing. The homemade Tzatziki was so refreshtastesIt taste like a cucumber mayo dressing. The dolmathe was an interesting little thing. It is described on the menu as a stuffed grape leaf with beef and herbs. When I got mine, it didn't look anything like I thought it would. I don't know what kind of grapes they have in Greece, but to me, it looked like a stuffed collard green. Either way, I wanted it, and I am so glad I gave it a chance. It was so good, I want to try to make them at home! 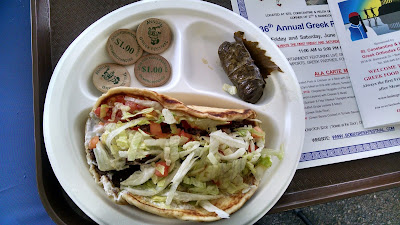 During my interview with Effie, she mentioned that her favorite dessert was the Galatobouriko, which we spent a lot of time trying to compare to another dessert. 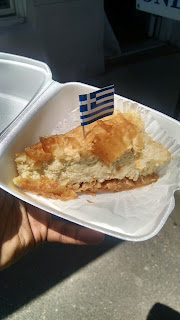 Our final verdict was custard. I have never been a huge custard fan, but she convinced me that I HAD to try it. When I purchased it, again I was surprised by the look. I was expecting a bowl of pudding, but instead got something that was more like a cheesecake. It was covered with pastry flakes to give it the texture it needed. The filling was stiff like cheesecake instead of loose like custard. It was good! I see why she likes it so much and makes sure it's served at the festival. 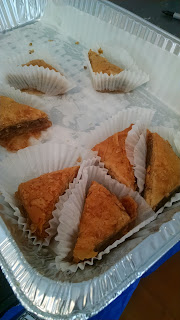 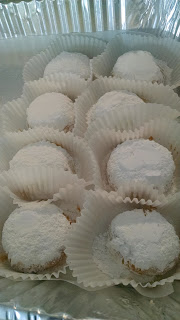 Outside of the food, there were other things to be excited about. There was a dance floor that was front and center in the eating area located in front of a stage. 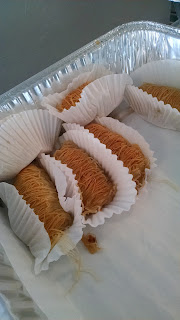 People were dancing and having a great time with each other. I had the chance to witness the infamous synchronized Greek dancing that I always see in movies where everyone holds hands and dances in a circle. 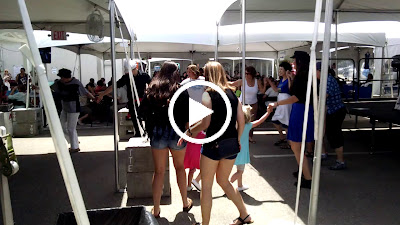 There were also music performances, dance groups who performed for the crowd, and there was even a tour of the church. Whether they were eating or participating in activities, everywhere I looked people were enjoying themselves. It was a great site to see the community of Boise come together to celebrate the Greek community. 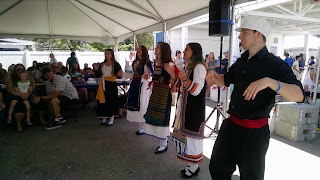 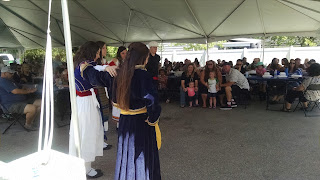 I also had the chance to take the church tour which was amazing! If you can't tell by now, I am a huge history buff (even though my memory sucks, and I never remember what I learned), so the tour was one of the best parts of my visit. The most interesting thing to me was that everything in and about the church has some sort of meaning and that most Greek Orthodox churches look almost identical. You can tell that whoever the first church designer was, took a lot of pride in reverencing their faith through the church. 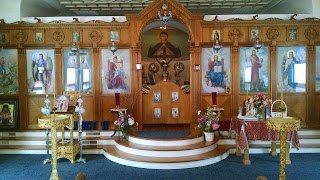 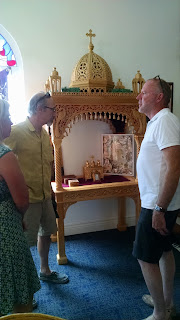 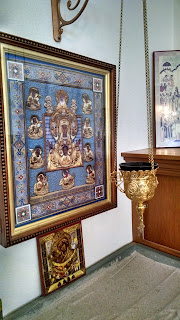 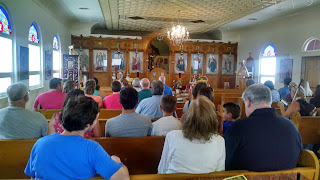 One thing you couldn't miss was the constant clapping and people yelling "OPA" which means "hooray"! I had a great time at the festival, and hopefully you learned something too. If so, just drop me a line or share this article with friends!