Soup Joumou; A Salute to Independence

Across the world, January 1st is a day to celebrate the completion of one year, and the high expectations of the year to come. Everyone makes all of their new year's resolutions that they know they will probably not keep up with throughout the year. No judgment here though, it's always good to have goals to work towards right? But, to one country January 1st means so much more than a failing promise to one's self. 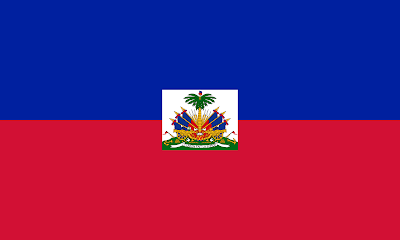 On January 1st, 1804 Saint Dominique, now known as Haiti, gained their independence from France after a 13-year revolutionary war started by Haitian slaves. The colonization of Haiti first happened in 1625 when French buccaneers established a settlement on the Island of Tortuga. By the time the war started there were 500,000 slaves, and by the time it ended, sadly 100,000 of them were killed. 24,0000 of the 40,000 whites were also killed. With only 40K French, but 500K blacks, it boggles my mind how the settlement ever happened in the first place seeing that the French were so outnumbered, but eventually a former slave, Toussaint L'Overture  figured out the reality of the situation and began leading revolt. Although he didn't live to see the victory, they still managed to defeat Napoleon Bonaparte and the French. 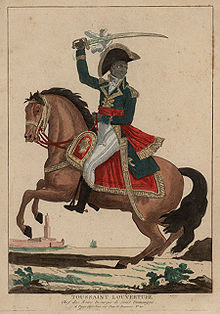 French settlers were highly attracted to the resources that Saint Dominique had to offer. The island was rich in some of the worlds most valuable goods, and of course, some of those goods were food. Sugar, coffee, indigo, and cotton helped the island become France's wealthiest overseas colony. Although not the 1st slave revolution, the Haitian Revolutionary war is still known as one of the largest and most successful slave rebellions in the Western Hemisphere because it not only ended French control but also ended slavery completely.

During the years of enslavement, soup joumou was a very popular dish eaten amongst the slave owners, but the slaves were not allowed to eat it. Tradition says that once the revolution ended all the slaves had a soup joumou fest! And now every year on January 1st, it is a normal practice to enjoy the soup as a tribute to Haiti's independence. Soup joumou is usually made with a base of large winter squash that looks a lot like a pumpkin, so if you ask what it is made of, you will typically get the answer that it is made with pumpkin. The squash is simmered along with various items such as beef, potato, plantains, vegetables, carrots, green cabbage, celery, and onions. The seasonings added varies by the cook, but typical choices are parsley and garlic. Pasta and butter are also very popular to add to the soup. I was surprised to find that the dish is then topped off with a little bit of lime and it goes very well with bread to dip. 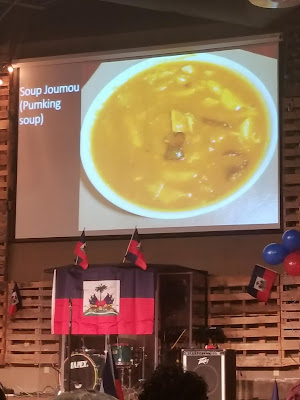 As part of the celebration, I tried soup joumou at the Haitian Independence Day celebration held here in the Treasure Valley by a local Haitian family. The program was very nice, full of lots of rich history, music, singing, and great food. The soup joumou was my favorite part. Other items on the menu were rice & beans, baked chicken, a lettuce salad with a lime juice and chicken bouillon dressing(Which was super yummy but surprisingly a little spicy), another salad called pikliz that was made of carrots and cabbage, plantains, and a bread called marinad. I am so glad I was able to experience Haitian cuisine, and I look forward to the next year's event! 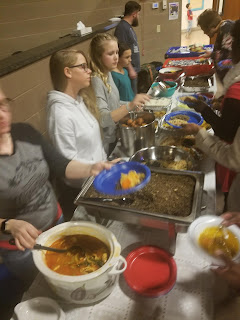 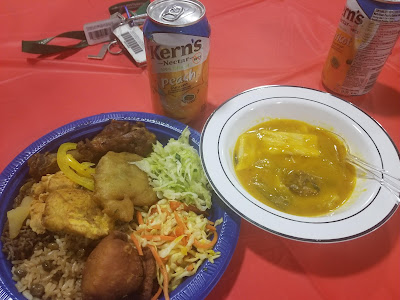 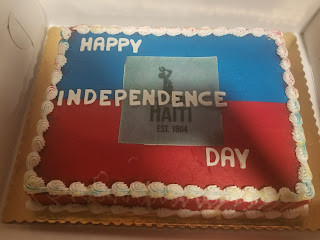 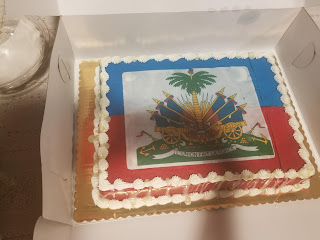 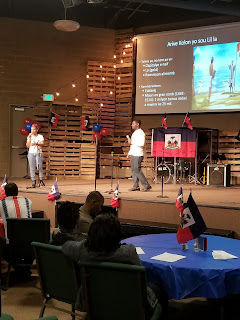 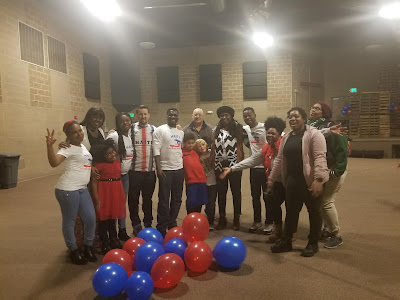 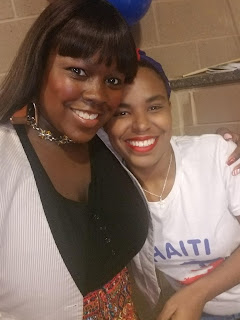