Chocolate cake is one of those go to foods that pretty much everybody likes. Even grumpy old Ms. Agatha Trunchbull loved chocolate cake! Do you remember the movie Matilda and how she tortured a little boy for eating some of her chocolate cake? Man, memories. My family and I used to watch that movie all the time. Happy National Chocolate Cake Day! Let's learn a little more about one of America's favorite desserts! 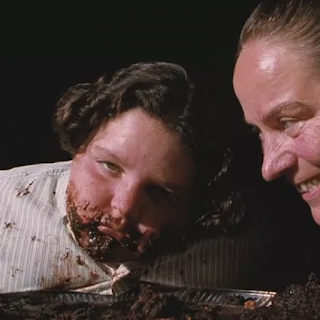 Chocolate was mainly consumed as a beverage until the 1830s or 40s. So chocolate was around well before chocolate cake was created. It is thought to have been created around 1764 when a doctor by the name of Dr. James Baker teamed up with a chocolate maker in an old mill according to the Dover Post. The two ground-up cocoa beans between huge milestones making a thick syrup. They then poured the liquid into molds shaped like cakes.

The earliest chocolate cake recipe was published in 1847 by a Philadelphia cookbook author, Eliza Leslie. It was published in "The Lady's Receipt Book". Her recipe was a little different than what we know chocolate cake to be today because it called for chopped chocolate (whatever that is). Sarah Tyson Rorer and Maria Parloa also made contributions to the recipe. Chocolate cake can also include other ingredients such as fudge, vanilla creme, and other sweeteners.


Fun fact: you can actually still purchase these recipe books.

Conching, which is a process that helps make chocolate silkier and smoother was developed in 1879 by Rodolphe Lindt. This made it easier to bake with chocolate.  Then by 1886, American cooks began adding chocolate to cake batter.

The first boxed cake mix wasn't created until the 1920s and was created by a company called O. Duff and Sons. The popular Betty Crocker brand released its first dry cake mixes in 1947. 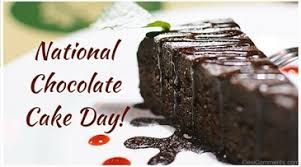