Lately, on my journey to trying to eat a little better and make better snacking choices, I have been eating a lot of popcorn! I've always liked popcorn and kept some on reserve, but for some reason, lately, I've been going through box after box. Today on National Popcorn Day, the popcorn crave continues. 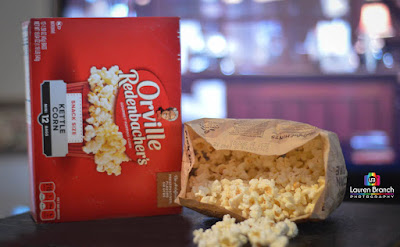 There are many different flavors of popcorn. Some people, like my sister Vivian, prefers her popcorn extra buttery when she is at the movies. I, on the other hand, prefer kettle corn. I can't even remember when I discovered kettle corn, but it changed my life FO-EVA (in my Cardi B voice). My 2nd favorite flavor is white cheddar. The number of popcorn flavors you can find is endless. From cheddar cheese to caramel. One website called Kernel Encore has over 300 flavors!


Did you know that the corn we eat for dinner is not the same corn we pop to make popcorn?

The corn you use to make popcorn is called Zea mays everta, and was originally discovered by Herbert Dick and Earle Smith in the bat caves of West Central New Mexico in 1948. This type of maize can be identified by its small ears and the fact that the kernels will burst when exposed to high heat. There have been ears found in these caves dating back as far as 5,600 years ago. There is evidence of popcorn being eaten during those times in other areas such as Peru, Mexico, Guatemala, and other Central and South America.

Popcorn was used for more than just eating. The Aztecs also used popcorn to decorate their clothing and create ceremonial embellishments. Once French explorers discovered popcorn from the Iroquois Natives in the Great Lakes region, the popularity of popcorn grew as colonists traveled across the United States, and has been known to be a healthy snack.