It's National Whipped Cream Day! Whipped cream enhances the flavor of so many desserts. It is a perfect topping for pies, cakes, cupcakes, cheesecakes, drinks, trifles, and so many other desserts. This light but sweet goodness, as simple as it may be, actually has a deep history. 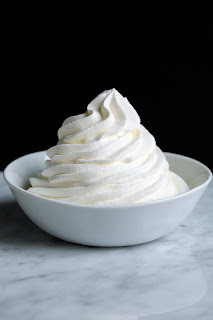 There are a few interesting facts that you may not know about whipped cream. It has been around for centuries. Its history dates back to 1549 in Italy, and it was used in recipes all throughout the 16th century. It wasn't called whipped cream until 1673 according to the Oxford English Dictionary. It was originally called milk snow, and up until the 19th-century recipes called for whipping the cream with a willow or rush branch (today we use a whisk or mixer). I'm not sure I would want to eat something that was mixed with a branch, but I guess you gotta do what you gotta do right?


Whipped cream is usually sweetened with vanilla, and is used to dress up other desserts, although it seems some people prefer it right out of the container. Chantilly cream, cream chantilly, milk snow, snow cream,Neige de lait in French, and Neve di Latte in Italian (both of these translate to milk snow) are some of its aliases, but no matter what you call it, you can't deny the happy feeling when you see a big pile of it on your dessert. I like whipped cream on a lot of things. My favorite desserts to add it to are hot chocolate, ice cream, banana pudding, and chocolate pie. They just aren't the same without it.

Fun fact, the world record for the tallest pile of whipped cream on a mug of hot chocolate is 7 1/4 inches. Melissa Arkin and Casey McLaughlin set that record in 2011. You can watch the video here. 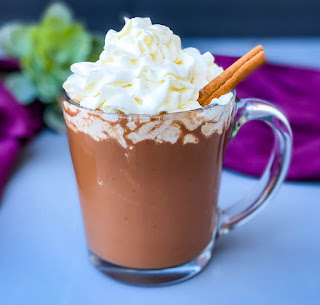 Making whipped cream was no easy task, and required temperatures of 50 degrees or lower and at least an hour of your time. These days, in our era of quick and easy, making whipped cream is simple and only takes about 20 minutes. All you need is:

Leave me a comment and let me know what are your favorite desserts to put whipped cream on?