On January 25th, I attended a very interesting event for the 2nd time. The Robert Burns Scottish Dinner Celebration at the Country Squire Winery and Restaurant in Kenansville. The Squire is known for being a family-operated business that celebrates its Scottish background. While at the event I tried a Scotland national delicacy, Haggis. But what the heck is it? 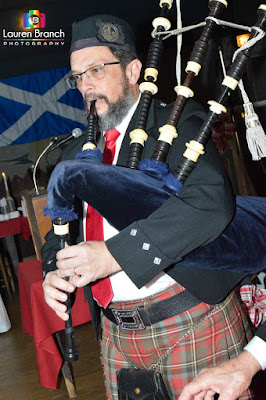 Haggis is a national delicacy that is often served on Burns Night which is celebrated on January 25th each year to celebrate the life and legacy of Robert Burns, a famous 1800s poet that is considered to be a national icon in Scotland. Burns day began in 1801 after his death when a group of his friends came together to celebrate his life. Burns was known for immortalizing haggis in his poem, "Address to a Haggis", so it was only befitting that haggis was on the menu at their event. The celebration has continued every year across the world since and takes place on his birthday. During the celebrations, people where kilts, recite his poetry, sing, drink whiskey, and eat haggis.

Haggis is commonly made of offal. Offal can be a combination of any of the following: minced heart, liver, and lungs, kidneys, brains, feet, stomach, heart, or liver. It is combined together with oatmeal, onions, suet, and various seasonings and spices and stuffed and cooked in a casing normally an animal stomach.

I won't lie, upon my initial research about Haggis when I found out I had to go to the event for the paper, I was very skeptical, but I figured it's no different than some of the other things I eat like hotdogs which is just a mixture of all the crap leftover from the animal after all the good stuff has been taken away. but to my surprise, it wasn't bad. It is definitely an acquired taste, and probably not something I would order off a menu, but it wasn't bad. It reminded me a lot of liver pudding (both how it looked, the texture, and the taste) which is a popular thing here in the south to eat for breakfast.

Haggis is generally served with neeps (mashed turnips) and tatties (mashed potatoes) and washed down with whiskey. It can also be used as a stuffing for poultry or served at breakfast. At the dinner, we did have neeps and tatties, but instead of turnips, we had rutabagas which I am happy about because I really like rutabagas and don't eat them often. I was so stuffed after this event. Not only did we try the haggis, neeps, and tatties, but we also had a full course meal. I had hors-d'oeuvres (a homemade cheese spread and crackers which was very addictive), a salad, spinach stuffed chicken with cream sauce, and a large shortbread cookie. 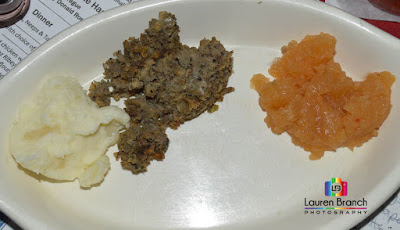 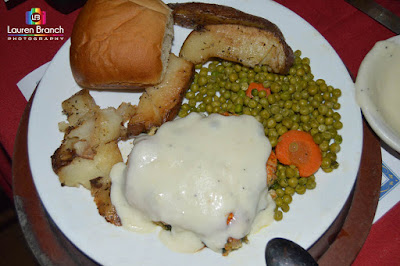 Remember earlier I mentioned I attended the event for the 2nd time. Funny story, I actually used to work at the Squire in high school and was a waitress for this event way back when. I was amazed the 1st time I was at the event, and a little freaked out honestly. The event was nothing like I had ever seen before. They walked around in kilts with the haggis on a plate while everyone stood around cheering. Then they were speaking Gaelic. I was in shock when they began to stab the haggis while yelling things in Gaelic that I didn't understand. You can probably imagine how this young high school girl felt watching this. lol! I was just young and didn't understand what was going on. Going again as an adult helped me understand the importance of the activities of the event, and I gained a new respect for this tradition now that I am more educated on it. 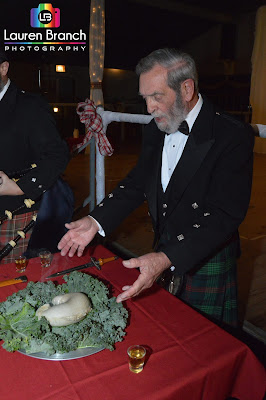 Every culture has its "things" that represent it, and Robert Burns, kilts, and Haggis are what represent Scotland. It's important to take the time to educate yourself on other cultures not just your own. The more we understand about each other, the more likely we are to be accepting of that person for who they are.


Now that you know what it's made of, would you ever try Haggis? Leave me a comment below!