I don't know about you, but a childhood favorite meal of mine was sloppy joe. It was one of those simple meals that was both fulfilling when eaten with bread and that also satisfied your need for something sweet, especially as a child. Today is #NationalSloppyJoeDay and it deserves the acknowledgment for all the smiles the sandwich has put on our faces in our youth. 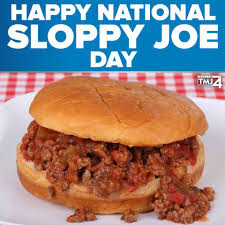 Sloppy joe has 2 different claimed origins. The first saying that it may have been created in Havana, Cuba in the 1930's by a bartender named Sloppy Joe who was very popular with vacationers. Although he was a great bartender, he got his name because of the sloppy way he cleaned the bar. No mention of it was found in the newspapers during that era, and I visited Havana once in 2012 while working on a documentary, but Sloppy Joe was definitely not on any of the menus while I was there. LOL! A man named Steven Hirsch wrote into the National Day Calendar and told them that Town Hall Deli in Maplewood, NJ had a direct connection to Sloppy Joe of Havana. Maplewood's Mayor, Sweeney, traveled to Havana in the 1930s and said that he did have one of Sloppy Joe's sandwiches., and even came back and asked Town Hall Deli's, Fred Heinz, to make it. So maybe the rumors are true! Their version of the sandwich was made with coleslaw, ham, cow tongue, swiss cheese, and lots of dressing served on rye bread.

The 2nd theory said that Abraham and Bertha of Sioux City, Iowa laid claim to the juicy sandwich.  It was said that they served it on their menu at The Ye Olde Tavern Inn beginning in 1934.

We don't know which one of these rumors is the right one, but what we do know is that Hunt'ts made it official in 1969 when they created Manwich and put it in a can for easy access. America has been in love ever since!

Manwich or sloppy joe has a base ingredient of ground beef, but today with people leaning more towards a healthy lifestyle, turkey is used also. There have even been recipes found using buffalo meat. Whichever meat is chosen is mixed with onions and tomato sauce. Some recipes call for brown sugar, cola, or maple syrup along with other seasonings. It is normally served on bread, a roll, or bun. It can be served without bread more like a chili for a healthier alternative, but remember, the sloppier the better!

During my research for this post, I found a unique sloppy joe recipe that uses Worchester sauce, steak seasoning, and red peppers. It was called "Super Sloppy Joes" It piqued my interest so I tried it out!

I made a substitution of veggie meat instead of regular ground beef, and I added green peppers and red pepper flakes, and I didn't follow the measurements exactly. I was really surprised at how good the griller crumbles were. You couldn't really tell that it wasn't real beef. I enjoyed the recipe. It was really tasty and had so many different boasts of flavor from the different elements that were added. Who would have ever thought Worcestershire sauce and brown sugar would go in sloppy joe. Not me, but my mom and I really enjoyed it! We ate it on toasted butter bread with a side of coleslaw and broccoli. 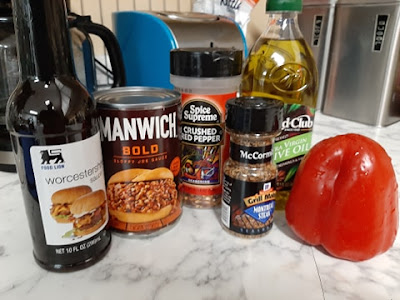 The ingredients used in the sloppy joe mixture 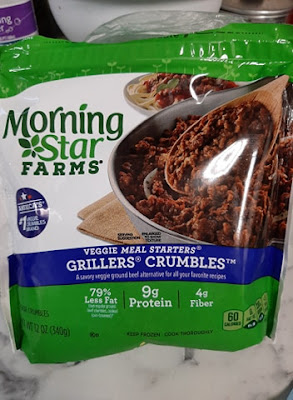 Grillers crumbles used as a substitute for ground beef 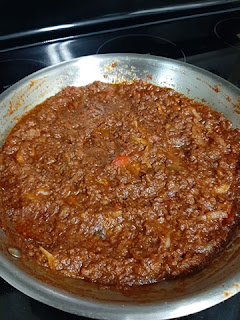 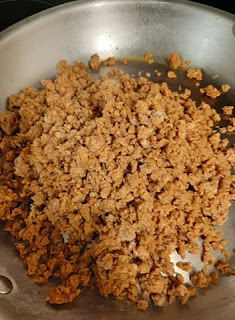 Grillers crumbles meat before and after 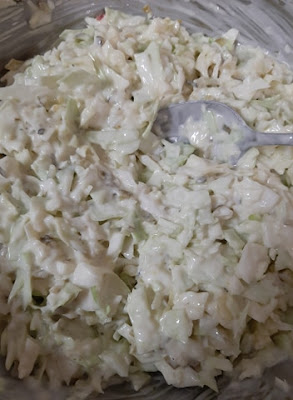