Antonio Moore is one of the newest entrepreneurs to the town of Faison. At just 33 years old he has multiple businesses operating and even some new ones in the making, but Country Boy Kitchen is the latest talk on the street so you know I had to check it out. Faison doesn’t have a lot of options for dining out. Most people have to go to nearby towns for more options. 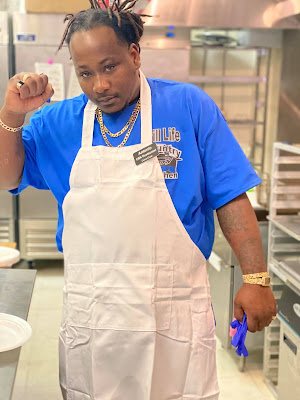 Antonio's love for cooking started in middle school when his mother, Marian Moore, taught him how to cook a traditional southern soul food dish chicken & rice. She actually taught him over the phone while she was at work. He told a funny story about how proud he was and how he thought he had perfected it, well at least until his mother came home!

“I remember it like it was yesterday. She said son, you aint put no flour in it to thicken it up. I said, thicken what up?! I didn’t know what she was talking about. I was confused. So I told her, well you didn’t tell me that part, and we just laughed about it,” Antonio laughed as he told the story.

Now, Antonio and his mother are still in the kitchen cooking together in his new restaurant, Country Boy Kitchen, on Main Street in Faison. 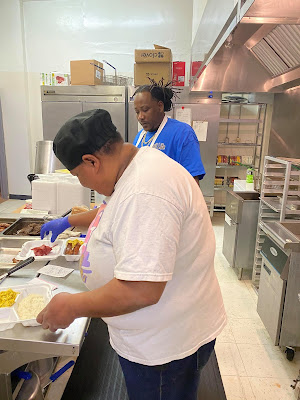 The restaurant's name just came from a whim. His coming out in the food industry started in 2016 when he entered a BBQ cook-off in Warsaw, where he was the running champ 3 years strong until it was canceled due to COVID. When he decided to enter, he had to come up with a name. Right at the moment when he was sitting with a friend trying to think of a name, a country song came on, and at that moment he decided to go with Country Boy Kitchen as a tribute to his country lifestyle upbringing. The restaurant opened in August of last year, right in the heat of the pandemic, which he talks has been a serious challenge for the business, but he doesn’t regret opening it at all.

“My biggest thing is, I was thinking about bringing jobs back to the community. With COVID being around, it’s tough with people losing jobs. It wasn’t hard to get it established, but COVID has made it hard to maintain business because people are scared to eat out, and so many people have lost their jobs. I know I have some great staff that stuck with me, it feels good to know I am helping someone be able to pay their bills no matter how hard it is for me on the back end. I have always been a big giver. Just stepping out on faith and feeding people. One plate, one person; I just like love to feed people, and I’m ready to see the day when these chairs fill up.” Antonio explained.

He is known around Duplin County for feeding his community. He has fed the hungry on many occasions, and he said that if someone walks into his restaurant and is truly hungry, he will feed them.

A couple of years ago during one of the big storms, a nursing home out of Wilmington had to temporarily house their residents in Warsaw and he helped to feed them out of his own pocket. His family has a generator so they were able to still function, and they had plenty of food, so one day he also just set up at O’Reilly’s in Warsaw and gave out plates to all those in need and without power due to the storm. The word spread fast on Facebook, and he said he got a lot of fulfillment out of knowing he was helping his people and his community.

Now to the food! I went on a Sunday afternoon with a friend, Bryan Davis, right around closing time. I was a little hesitant about that because you know how it can be at restaurants around closing time. You are lucky if you get a plate of food that isn’t cold, watered down, or dried out from the heating lamp. But I was pleasantly surprised! I got a lot of fresh food. Especially the fried chicken. I swear it was straight out the grease. I’m sure I have told you guys before, but I am not a huge fried chicken person, but when I do eat it, I judge it by the skin. I like mine crispy (but not burnt), fresh (I can tell if it was cooked in old grease before I even taste it), and full of flavor. I had a chicken thigh, and it was all of the above. No wonder my mom goes there so much on her breaks. She loves fried chicken. HAHA!

I loved the chicken pastry and the meatloaf, although I like my meatloaf with a lot more sauce so I added a lot of ketchup. Those were my two favorite things that I had. It’s hard to find good chicken pastry these days. It was so good, I even asked to take a plate of it home for my grandmother. For my sides, I had corn, cabbage, and hushpuppies. 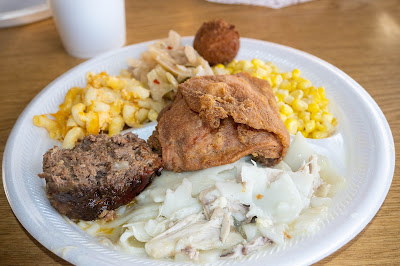 I enjoyed myself while I was there. The owner and his girlfriend, Tanisha Boykin, were very friendly and funny too. 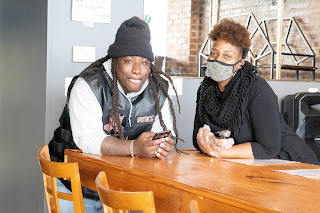 Very attentive making sure we didn’t need anything. It’s a very relaxed family-oriented business and you can tell they have a lot of fun with each other in the restaurant. I love the scenery of the place too. The vibe almost reminds me of a quaint little coffee shop. 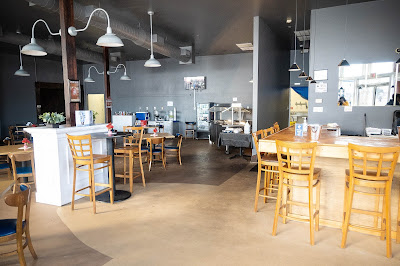