Who Said You Can't Have Dessert for Breakfast

Burney’s, not to be confused with the big purple dinosaur we all loved as kids, is the new buzz around town. I had a friend suggest I check it out, and I have been wanting to get there for months. Unfortunately, I don’t live nearby (about 40 minutes), and hardly ever travel in that direction, so I would have had to make a special trip to check it out. Anyone who knows me knows that I have 0 to -0 (yeah I made that up) time to spare.  This month…I decided to make the time. 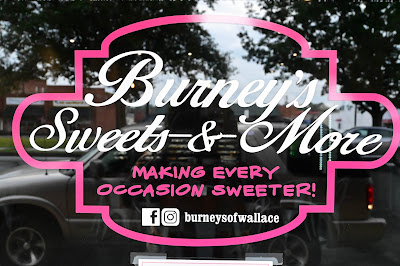 I woke up super early before work and headed to Wallace to see what all the talk was about. I knew it was too early to be moving around in the world because there was still fog and morning dew outside, but I had to go early because I needed to be at work that morning. The commute from Burney’s to work was a little over an hour. I somehow managed to pry open both of my eyes and just hoped that waking up early and doing all that extra driving was going to be worth it.

When I arrived, I was quickly greeted by a lady named Robin. I told her I had never been there, and she took her time telling me about all of the popular items they had. She even asked what I did and did not like so that she could pair me up with some items that may be the best fit for me. She was friendly and conversational, and she had no problem answering my gazillion questions. I felt so special until I noticed she was the same way with the other customers that came in after me. Darn! I thought I was a VIP, but I was just another one in the number. But seriously, it’s hard to find good customer service like that these days. Kudos to Robin! 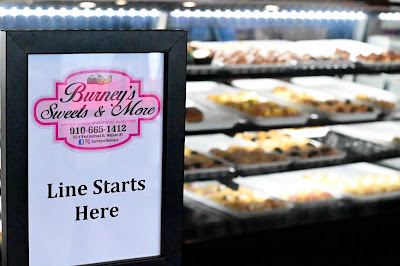 In my conversation with her as well as with one of the owners I learned that there are several locations, but the original one is in Elizabethtown started by Mike and Gina Burney. The local Wallace store is owned by two couples, Tevin and Hope Smith and Jason & Tabitha Wells. All of them are Wallace natives except Hope who is from the Southern Pines area.

They decided to open Burney’s because they all loved visiting the other locations and often joked about how they wished there was one in their community. Burney’s in Wallace opened in November of last year after a slow two-year process mostly because of many complications due to COVID, but also just the normal issues you may run into while starting a business. Some of the problems Jason said they faced were slow shipping times, issues getting materials, and dealing with COVID restrictions. They started with a shell building that had no plumbing, no walls, no electrical, etc. So they had to do the complete layout and learn how to operate their new business. AND…they did it with no restaurant or baking experience, AND during COVID all while working full time and running other businesses. Impressive to say the least! 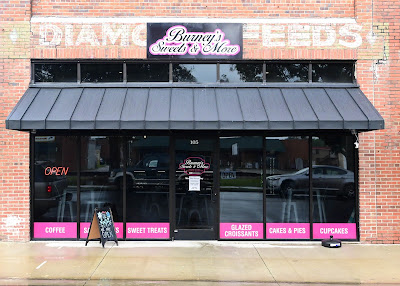 There were so many different things to choose from, it was hard to pick. After a long conversation with Robin, I went with the Apple Fritter, Cinnamon sugar croissant, and the maple bacon. 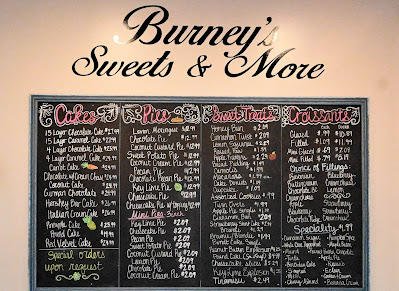 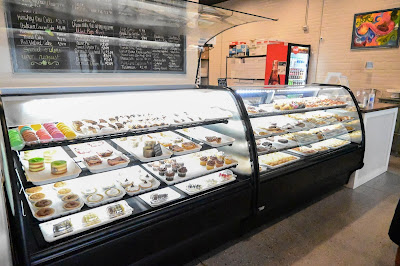 All of their crossaints are maade daily and are one of the common items found in all Burney's locations. It's one of their signature items although the local owners are allowed to put their own spin on their Burney's location. The apple fritter was my favorite. Robin even warmed it up for me. It was just like I like it with a little crisp on the edges but a soft gooey center. It was also a really good serving size. I could have just had that as my breakfast meal and been satisfied, but I wanted to at least try a few other items. 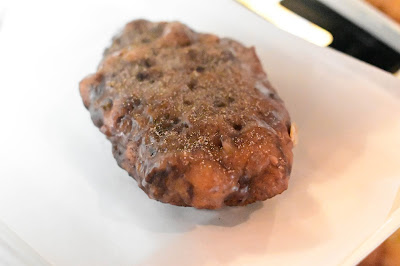 My Apple Fritter (this photo doesn't do it any justice. It was AMAZING!)

The cinnamon sugar was my next favorite. It’s perfect for those wanting something a little less sugary or wanting just enough to satisfy their sugar craving. 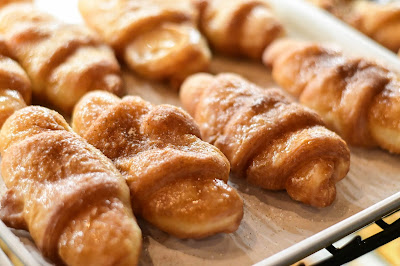 The maple bacon I only tried because Robin convinced me because I tried it once before and didn’t like it much. It’s one of their most unique items, and she said it’s becoming more popular. I’m not going to lie. I was pleasantly surprised. The one I tried before was overpowered by the large thick slices of bacon laid out across the doughnut and took away from the sweet taste of the doughnut. The one at Burney’s was a perfect blend.  The bacon was not sliced but instead crumbles, so it was not too sweet and not too salty. If you’re into the sweet and salty thing, try it out! I also had a cup of coffee which I wish was larger, but it’s ok. It was enough to go along with my treats. 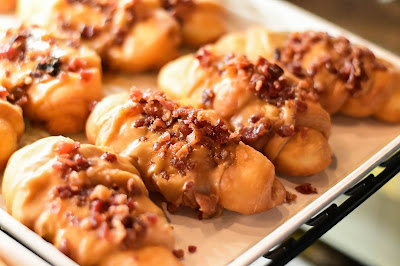 They have all kinds of treats and even do made-to-order items like whole cakes and pies and they even have a gluten-free dessert. They serve small containers of chicken salad, pasta salad, and pimento cheese. They recently added a few lunch items like sandwiches that you can get between 11-2 from Tuesday through Friday. 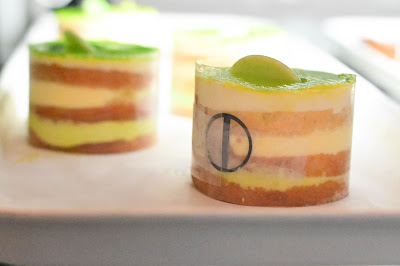 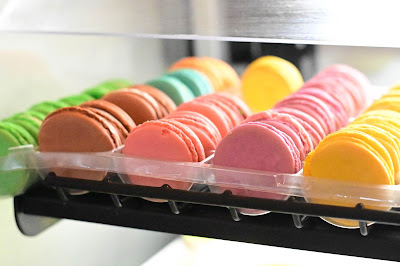 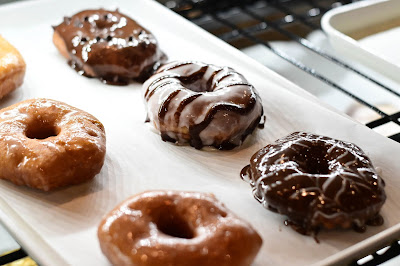 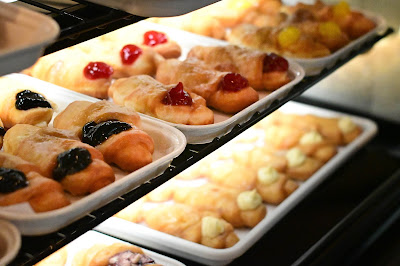 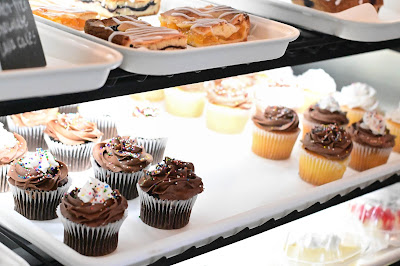 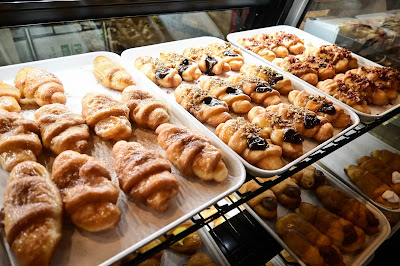 The store was decorated with artwork from one of the owners' stores, Art of Hope, operated right around the corner by Hope Smith. Overall, I loved what I tried. I wish I lived closer so that I could visit more often. 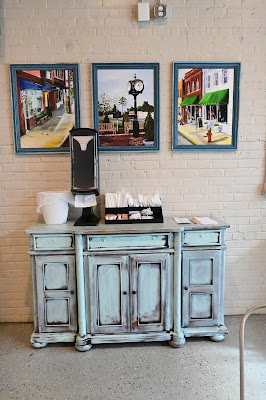 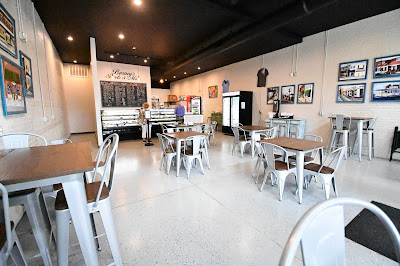