Every Photo Has a Story - A Visit to Gotham's Deli

I just recently started working in Smithfield, and a new area means more chances to try new restaurants! One day on the town, I stumbled across Gotham's Deli in downtown. 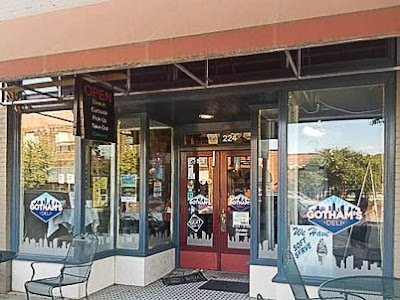 I was going to do take out, but decided at the last minute to go ahead and dine in instead. Upon walking in it appeared to be just your average sports-themed deli, but it didn't take too long to start realizing that there was something a little special about this place. The 1st thing was that I realized although Smithfield isn't the biggest city in the world, it's not one of those towns where there is nothing but a flashing light. So to my surprise, the staff seemed like they new everyone; especially this guy that was walking around doing everything everywhere in the store. He seemed like he literally knew EVERY single person by 1st name. He would even go to the tables and conversate. In the back of my mind I was like, "yep...that HAS to be the big guy in charge". No employee in restaurants are ever THAT happy that people are coming in fast and that the line is stacking up.
I'm glad I decided to eat there, because while I was eating my Cyclones (swiss, cheddar, provolone, lettuce, tomatoes, avocado, mayo, on a wheat wrap with extra honey mustard), I notice so many cool things hanging around the store. From a lot of signed photos from famous people, mostly baseball players, to a collection of toy motorcycles, and so much more. I knew right away there had to be a story behind some of it, so I ended up sitting down with the owner, Scott Gandolph. 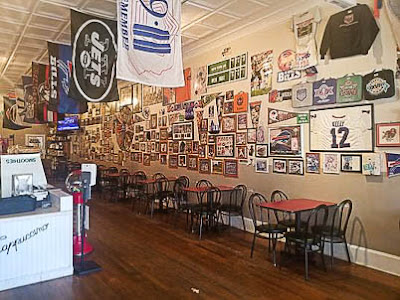 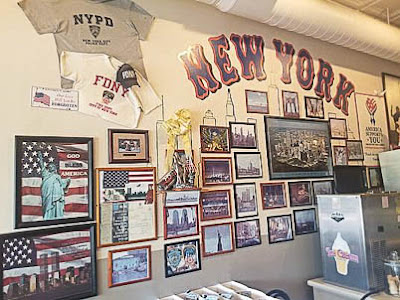 He confirmed that not only was he a HUGE baseball fan who had tons of collector's items, but that his family was also originally from NY and his mom (a Dodgers fan) lived in the Hotel St. George where a lot of the players would go. So his mom had a chance to mix and mingle with the professionals, she got to meet the entire team and their families. Priveledges like this come with some bragging rights too. Like being able to say that you got to hold Jackie Robinson's son. DING! DING! DING! There you have it, folks. I knew there was something to this baseball mania that was going on in this restaurant. 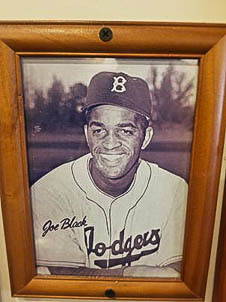 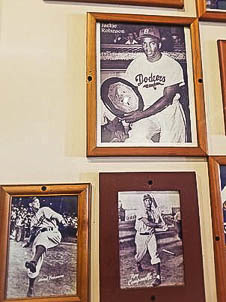 Jackie Robinson
I also found out that famous actress Ava Gardner was originally from the area, and so there was also a section showcasing her legacy. While he was pointing out and explaining the stories behind the photos, he pointed to a photo of Ava and a young man, probably not even over the age of 18. Then he told me to follow him, and he took me to a table where a couple was eating and told me that was the young man! Wasn't expecting that one, but it was pretty darn neat. His mother was close to Ava, and he and his wife of 62 years got a chance to attend her party. He said he was only 15 years old. He gets to see his photo with Ava often. He and his wife eat there 2-3 time's a week. 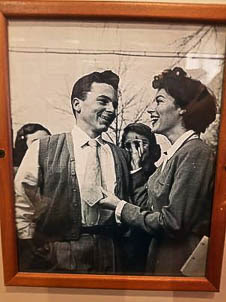 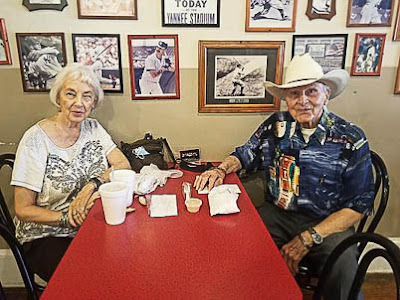 Ava and the young man and then him and his wife at the restaurant years later
There were also photos up of local celebrities like Colorado Rockies player, Jay Cox, Neal Lancaster, a professional golfer that lives in town, a Yankees player, and a collection of pieces about his grandmother. His grandmother also lived in the same hotel and everyday she would walk on the promenad. She noticed one day that the American flag she passed daily was gone, so she went to the town hall meeting and gave the councilmen a piece of her mind. They asked her to write a letter which she did, and the next day on her walk the flag was back up. Fiesty little one I see! LOL! 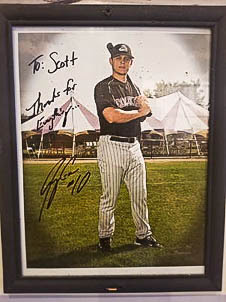 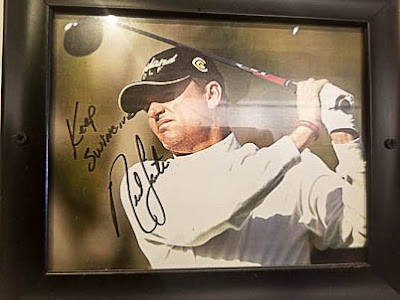 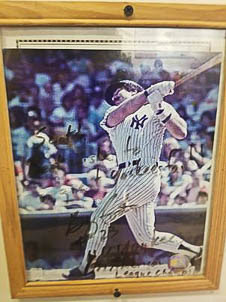 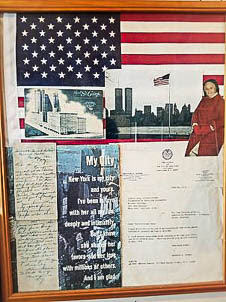 The letter his grandmother wrote the councilman (on the left), the letter response from the councilman (on the right), a photo of the area his grandmother used to walk (top right), a post card (top left), and his grandmother (far top right)
I'm sure there were more stories, but we both had to get back to work. I just find it so cool all the interesting things you can find out about a person or a place, just being friendly and starting a conversation. That's what I love the most about food blogging. All the ineresting facts, people, and places I get to write about.
Posted by Salinarose24 at 8:29 PM